The Accor Vietnam World Masters will see you play at Danang’s world class golf courses with all the trappings of a major professional tournament.

At the Vietnam World Masters you are guaranteed to play with new people the same age and standard as you – each day!

We invite you to join club golfers from around the world for Vietnam's biggest and richest amateur week of golf.

Ba Na Hills Golf Club, BRG Danang Golf Club, Hoiana Shores and Montgomerie Links Vietnam will give you the ultimate golfing experience.
You will be spoiled by Vietnam’s friendly caddies.

The town is known as “The City of Lanterns,” and fittingly, lanterns instead of flags top the pins at Hoiana. 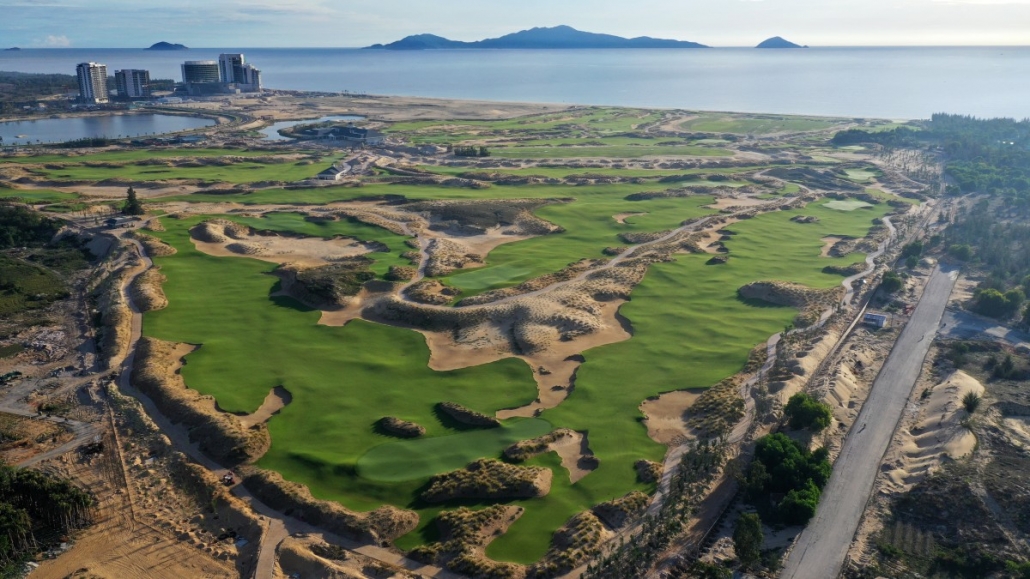 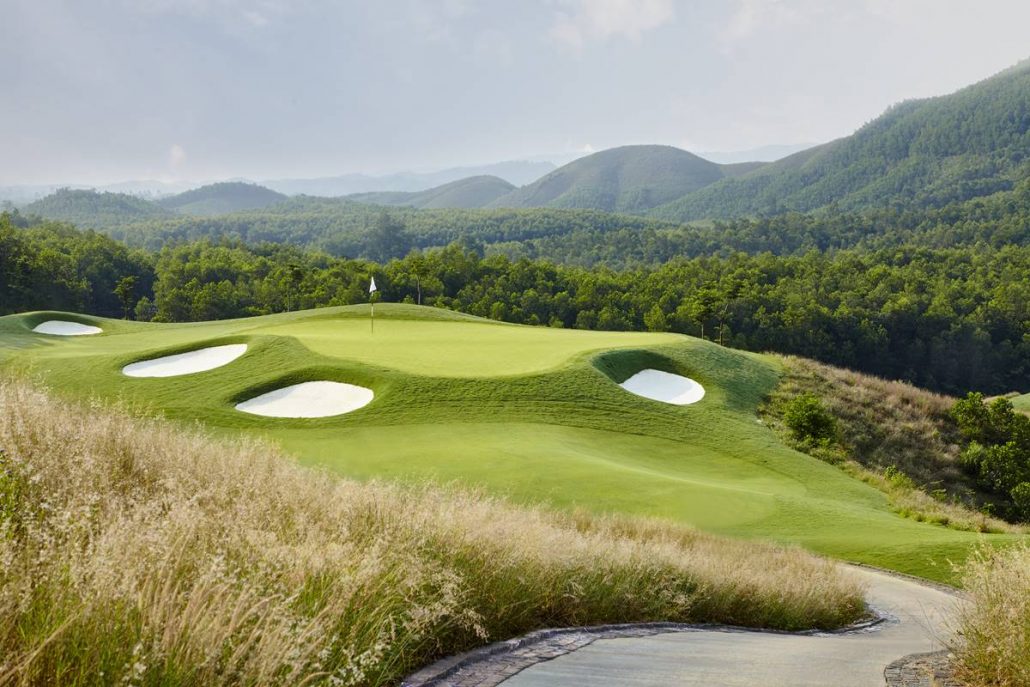 Ba Na Hills Golf Club is the first Luke Donald designed course not only in Asia, but the world and is managed by IMG.

This Da Nang golf course is 25 minutes inland from Danang Vietnam near at the Bana foothills. Ba Na Hills is laid out in several valleys of the surrounding mountain ranges with a diverse mix of natural topography and vegetation.

The holes at higher elevation have nice vantage points with spectacular views of the valleys below. At 7,858 yards in length the par-72 golf course provides a good balance of challenge and enjoyment for golfers of all skill levels.

Built on sandy loam at Danang Beach, fairways are generous and there is restrained use of water. Shots must be carefully placed to give players a chance to go for the pins on the well-bunkered and undulating greens. 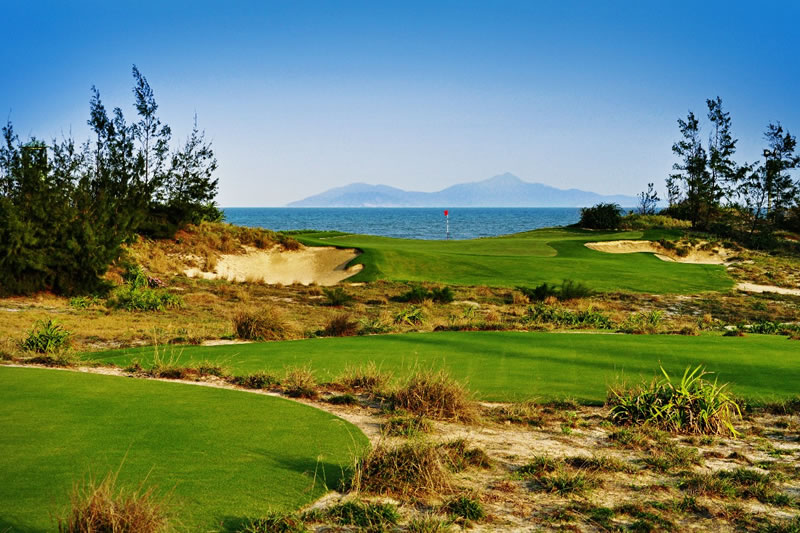 The Montgomerie Links, located just off historical Danang Beach and minutes from the Danang City, is a stunning 7090 yard par-72 golf course. The course was rated as one of Asia’s ten most elite courses by the 2012 Forbes Travel Guide and most recently voted as ‘Vietnam’s Best Championship Course 2013’ by the Vietnam Golf Magazine. Since then, yearly awards are common for Montgomerie.

Nearby Hoi An, known for being a UNESCO World Heritage site, also has a fantastic beachscape, making the perfect palette for this links-style course. Locals know the Montgomerie Links Vietnam as Monty Links, which gives golfers the feeling of being in Ireland or Scotland without the cold temperatures of the British Isles!

Located on the stunning white sands of Bac My An Beach, the stylish Pullman Danang Beach Resort is an oasis of activities and facilities for the golf traveler. With an idyllic setting on the silver shores of Central Vietnam and extensive function facilities, this luxury resort is the perfect base for a major golf tournament.
Previous
Next

Each year over 150 singles participate in the event. We guarantee you will make new friends and take home long-lasting memories.

When you register as a couple, you’ll receive the same start times each day so you can plan your free time together.

Groups of 10 or more? We’ve got something extra for you! Contact us

Signup Before 15 December and Get US$100 Off!
Enter code ‘2023EBO’ in the registration form ‘coupon code’ field.

We’ll drive 20 minutes from Danang to Hoi An. Nestled on the banks of the Thu Bon River, Hoi An is a charming small town with an eccentric mix of western and eastern-influenced architecture. During the 17-18th centuries, under the Nguyen Lords, Hoi An was a flourishing international trading port that was visited by many westerners. Most of Hoi An’s lovely pagodas contain elements from three religions — Confucianism, Taoism and Buddhism. Visit the old merchant’s house with influences from Chinese, Japanese and Vietnamese architecture; the 400-year-old Japanese Covered Bridge;

Set in 3 areas of lush tropical gardens, the cooking school is one of highlights to the culinary scene in Hoi An. Meet up with your chef at Hai cafe for a brief introduction then meander through a local wet market with your chef to enjoy its sight, sound and aroma. It is chance to learn how to select fresh produce and which ingredients are applicable to be put into Vietnamese cuisine. Then embark on a 30min boat trip to the school. Get your camera ready as the cruise offers a glimpse of local river life. Upon arrival at this green space, enjoy a hands-on authentic Vietnamese cooking class.

Hue was the capital of Vietnam’s last emperor and is a UNESCO WORLD HERITAGE site. Enjoy a scenic drive to the former Royal city over Hai Van Pass where a spectacular panorama of the central coastline can be viewed from the summit along with relics from several of the past wars which were fought in this area. Upon arrival in Hue, visit to the Thien Mu pagoda, Hue’s most preserved religious monument standing on the riverbank with its seven floor tower. Then continue to visit the Imperial Citadel built in the early 19th century. Have lunch among amazing historical and cultural sights.

Unable to make it to this event? Don’t worry, we arrange several events each year so sign up below and we’ll send you details of future events!

THE COMPETITION
Entry is open to all male and female golfers over the age of 35 with an official handicap. All golfers play a 72 hole single stableford event, while “A” grade golfers are eligible to compete for the best stroke / gross.

PACE OF PLAY
For the enjoyment of all players, field sizes will be limited and marshalls will monitor pace of play.

PRIZES
Over US $10,000 in prizes and lucky draws will be given away at the gala presentation dinner.